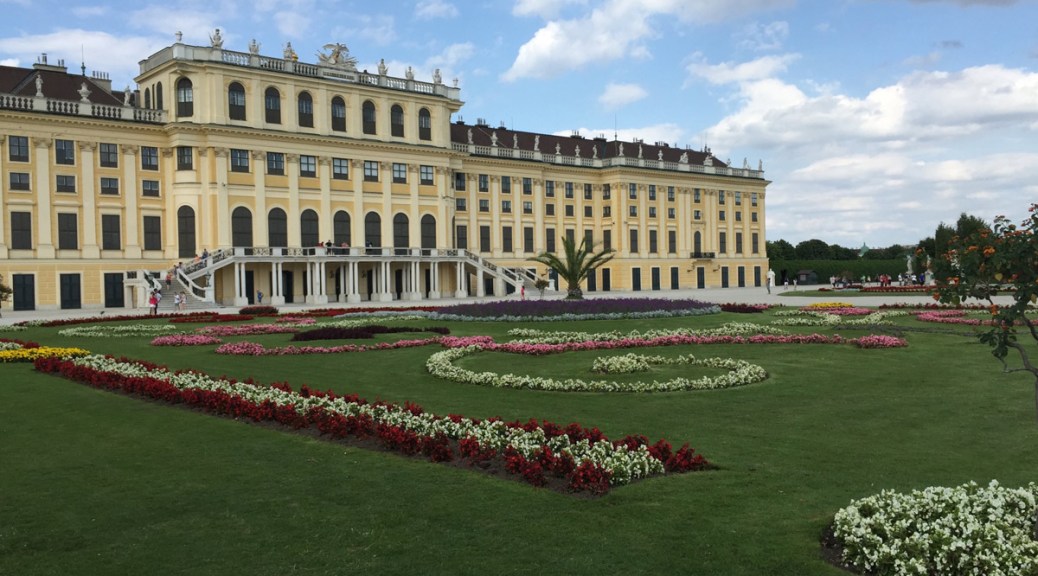 On another hand, the ceremonial rooms and the palace gardens were open to the public as early as the 1770s, shortly after the beautiful gardens in the back of the palace were designed at the order of the Empress Maria Theresa, who ruled the empire from 1740 till 1780.

The famous Italian painter Bernardo Bellotto captured what the Schönbrunn parade courtyard might have looked like in those days in a painting that now hangs in the Kunsthistorisches Museum in Vienna.

Nowadays, while most of the gardens are still open to the public at no charge, you need a ticket to see the palace, and you have three different options to visit, depending on how much of the palace you want to see and how much you are willing to spend to see it. (see the “Tickets” section near the end of the post.)

A Bit of History

The area where the Schönbrunn Palace has been built belonged to the Emperor Maximilian II way back in 1569. In those days, however, the emperor’s country estate was surrounded by woods and the emperor and his wife held many hunting parties at the grounds.

In 1612, while hunting in the area, Emperor Matthias came across  Schöne Brunnen (‘fair spring’), from which the name Schönbrunn was coined and made official in 1642.

In 1683 Schönbrunn was plundered and destroyed by the Turks during the siege of Vienna. Emperor Leopold I decided to build here a magnificent residence for his son and successor, Joseph, and asked the court’s architect, Johann Bernhard Fischer von Erlach, to design it.

It was the Empress Maria Theresa, however, who transformed the former hunting lodge into the palace that it is today, with the help of Nikolaus Pacassi, who became the Court Architect.

After Maria Theresa’s death, the palace fell out of favor with the reigning family and by 1810s it started to fall into ruin.

In 1830 Franz Joseph, the future emperor, was born in the east wing of the Schönbrunn palace. He only spent his summers there as a boy and a youth, but when he ascended the throne in 1848, he made Schönbrunn his main residence, and spent most of his life there, until his death in 1916.

A year after Emperor Franz Joseph died, the last Austrian Emperor Karl I renounced the affairs of the government on November 11, 1918 in the Chinese Salon, and Austria became a republic.

In 1961, the Schönbrunn Palace was chosen as the location for the Vienna Summit, during which the U.S. President John F. Kennedy and the Soviet Union Premier Nikita Khrushchev first met face to face.

Currently, the Schönbrunn Palace is owned by the Schloss Schönbrunn Kultur- und Betriebsges.m.b.H.  founded in 1992. The company is solely owned by the Republic of Austria, but the preservation and restoration of the palace has to be financed by the company from its own funds, without depending on any state subsidies.

Even the shortest tour, the Imperial Tour, will take you through 22 rooms, and includes the apartments of Emperor Franz Joseph and his wife Elisabeth and a tour the Rococo state rooms of the palace.

The longer, Grand Tour, that includes the east (left) wing of the palace, includes 40 rooms.

Both tours include a free audio guide.

You can read more about each of the rooms, including those open only to groups on the “Tour of the Palace” page, which includes brief descriptions of each room, plus a photo or two.

Here are some highlights:

The Great Gallery, over 130 feet (40 meters) long by 30 feet (10 meters) wide was the place for official balls, receptions and banquets. It was in this room where JFK and Nikita Khrushchev met in 1961.

Marie Antoinette, most famous for being executed during the French Revolution, as the wife of Louis XVI of France, was born an Archduchess of Austria, daughter of Empress Maria Theresa.

During the reign of Franz Joseph, it was used as a family dining room. The painting on the wall shows Emperor Franz Joseph at 20 years of age.

The Yellow Salon was once the bedroom of Emperor Francis Stephen and Maria Theresa (until 1747). Later it was occupied by the Emperor´s sister, Charlotte of Lorraine, and was used by Emperor Franz I as his study.

Study and salon of Franz Karl

The Study and salon of Franz Karl was occupied by Archduke Franz Karl, the father of Emperor Franz Joseph. The portraits on the walls by Martin van Meytens are of Maria Theresa and her family members, including Maria Josepha of Bavaria.

The Gardens at Schönbrunn Palace were opened to the public around 1779 and quickly became a popular spot with visitors.

In accordance with the Baroque ideals, the palace and its grounds were designed to form a unit. The layout of the gardens, designed in the times of Empress Maria Theresa, has not changed a great deal, as can be seen when comparing a current photo with the painting by Bernardo Bellotto from the second half of the 18th century.

The Great Parterre, the wide flat area behind the palace is a formal, symmetrical garden.

The Neptune Fountain sits at the end of the Great Parterre, at the foot of the hill upon which stands the Gloriette building.

The fountain was commissioned by the Empress Maria Theresa and took four years to complete.

The Gloriette in Schönbrunn is one of the most famous gloriettes in the world. It looks very attractive from afar, and offers a beautiful view onto Vienna from the hill.

The Palace and Gardens of Schönbrunn have been placed on the UNESCO World Heritage list in 1996 as “as one of the most impressive and well preserved Baroque ensembles of its kind in Europe.”

A bit off to the east from the palace lies the Orangery, which, together with the one at Versailles, is one of the two largest Baroque orangeries in the world.

Emperor Joseph II was very fond of holding celebrations in the Orangery, and it was here during a winter festivity in 1786 that Mozart conducted his singspiel The Impresario.

The Marionette Theater at the Schönbrunn Palace is a private theater featuring marionette shows like the one first shown at Schönbrunn in 1777. Some of its repertoire includes the Magic Flute, Hänsel and Gretel, and Aladdin.

As I mentioned above, the Imperial Tour, includes 22 interiors, and covers the apartments of Emperor Franz Joseph, Empress Elisabeth, and the state rooms in the central wing.

If you don’t mind spending a bit more, you can get for € 21,00 ($24 US) for adults, and € 13,00 for children a Classic Pass that in addition to the Grand Tour will also include an entrance to the Crown Prince Garden, Maze & Labyrinth, Orangery Garden and Gloriette.

If you have a spare € 1,398 (close to $1,600) you can also book the Schloss Schönbrunn Suite, with a salon, two bedrooms, a spacious drawing room, two modern bathrooms, and a view onto the Great Parterre and Gloriette.

If you don’t see spending € 1,398 per night for Schloss Schönbrunn Suite, there are plenty of hotels, B&Bs, apartments, hostels, and other accommodations available in Vienna. Take your pick!

How to Get There

The Schönbrunn Palace is right next to U-Bahn (Underground): U4 (Green) line’s Schönbrunn station.

I wish I could say that the kids loved visiting Schönbrunn as much as I did, but that would be a lie. I hope that next time we visit Vienna my daughter will be much more into splendor of the old empire days and we’ll be able to take our time visiting the rooms and admiring the beautiful interiors and furniture of this magnificent place.

Other posts about the Schönbrunn Palace

Even if you do have kids in tow and think the great interiors of the palace are not your thing, do take time to  visit the gardens. If anything, it will be a great place for the kids to run around.

If you feel you’d like to read a bit more about the Schönbrunn Palace beyond my post and the official web site, before you make up your mind take a look at:

“Schönbrunn Palace in the heart of Vienna (Wien)” on Pasation Travellers

or the beautiful photos in “Schoenbrunn Palace Vienna” on Otts World.

We want to thank the Vienna Tourist Board and Schloss Schönbrunn for providing us with gratis entry during our visit. While we received free tickets, we did not receive additional compensation and the text, format, and opinions are our own, as always. 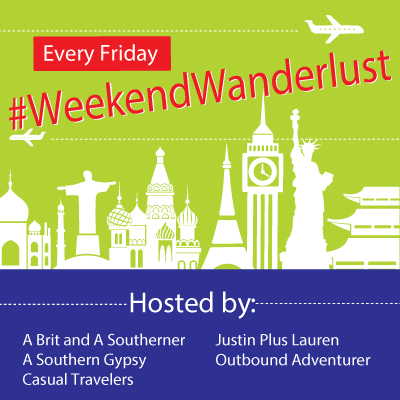 25 thoughts on “In the Footsteps of Royalty: Schonbrunn Palace in Vienna, Austria”