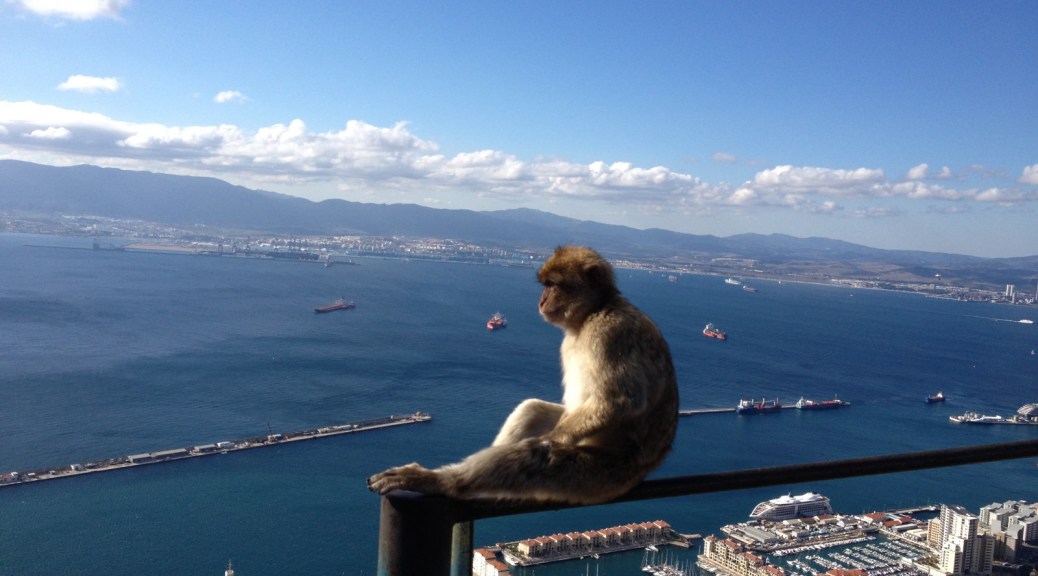 The monkeys of Gibraltar are famous for their openness to human interaction and for their unique status as the only population of wild monkeys in Europe. Descended from monkeys in North Africa, they are one of the biggest tourist attractions in Gibraltar.

Most of the Barbary Macaques live in a nature reserve located in the north, where over two hundred of the monkeys live. The Upper Rock area is the best place to see the monkeys. You can take a cable car to Upper Rock in order to go visit them as well as some of Gibraltar’s many caves, also located in the reserve. Although the climate of Gibraltar is Mediterranean and has mild winters, the best months of the year to visit the territory and see they monkeys is from April to September.

It is unknown when the monkeys first arrived in Gibraltar, but they have lived in the area since at least the early 1600s, growing more accustomed to human interaction over time. Not only is the monkey population thriving today, but it is actually so large that they have recently been the cause of problems for tourists and locals alike. In fact, the government of Gibraltar is making plans to export a large number of monkeys because of their disruptive ways.

Tourists should not go too close to the monkeys or encourage them by offering food or other treats, but it is perfectly safe to go close enough to take pictures. The monkeys might even approach you, so be ready! You should definitely not be discouraged from going to take a look at Gibraltar’s monkeys; they are very used to humans and they are absolutely vital to Gibraltar’s tourism industry. As long as you don’t touch the monkeys or offer food, interacting with them is just fine. Aside from keeping humans safe, not feeding the monkeys is extremely important because they must remain healthy for the species to thrive. The monkeys do not act out or attack people unless provoked.

These creatures are sometimes called apes on Gibraltar, but they are indeed monkeys. Unlike many species of monkey, the macaques here are tailless. Most of them are considered only semi-wild, because they have grown so used to interacting with humans.

One legend surrounding the monkeys is that as long as they populate Gibraltar, the territory will be under British rule. Even Winston Churchill made concessions to this legend during World War II when he ensured that the population was kept at suitable levels.

If you want to see more photos of the Gibraltar monkeys, head to Stephanie Lesser Travel‘s post, “Algeciras and Gibraltar.”

Where to Stay in Gibraltar?

When we visited Gibraltar, we did a day-long road trip along the cost from Marriott’s Playa Andaluza in Estepona. If you want to stay right in Gibraltar, your options are few and quite expensive. You might have a much better luck finding a place to stay in the Spanish La Línea de la Concepción or nearby.

2 thoughts on “The Monkeys of Gibraltar”